I’ve been trying to make this a tradition, but last year I had too much going on in my personal life, which resulted in skipping my ‘year in review’ post. 2016 was really hectic, but everything seems to be back on track now. To shed some light on what happened professionally let’s take a very quick run through 2016.

Soon after leaving Hippo (now BloomReach) in January 2016, I joined Luminis and within 5 days I was contacted by a broker and hired for the role of interim IT Architect at the Roadside Assistance department of the ANWB. The ANWB is a large dutch consumer organization and is probably most known for its roadside assistance insurance. In the past, I had already been in close contact with the ANWB, because they used Hippo CMS for their website which is built and managed by their online department. The Roadside Assistance department, however, was completely unknown to me and the domain was completely out of my comfort zone, which was exactly what I was looking for.

Fast forwarding the year I had worked on many new digital initiatives. Two of the bigger projects I worked on were: 1) help shape the solution for bringing the (new) ‘Wegenwacht’ app closer to the Case Management system and 2) improving the user experience by adding ‘real-time’ tracking (a la Uber) of the approaching support vehicle. Next to these two bigger projects I worked on many smaller initiatives and I also worked with the 4 teams in my department to move towards continuous delivery. As a department, we noticed that while building the new system and while processing new contracts through the case management system we had some issues with our quality and performance bringing the new system into production. Making releases smaller, detaching the release moment from the end of sprint relieved a lot of pressure and decreased stress levels and brought much more focus on the release quality of the product while at the same time bringing value to the business in a much higher pace.

During my time at the ANWB I learned a lot about myself and what it’s like to work in a medium to large enterprise organization and being the responsible architect for an entire department with a lot of different stakeholdes and with 4 development teams. While consulting at clients using Hippo CMS I did get a glimpse of how enterprises operate, but being in the middle of it all and having to work with many different departments really gave me a good impression of what it’s like. I met many interesting people, learned a lot from them and have seen up close how large organizations are trying to improve the way they work. 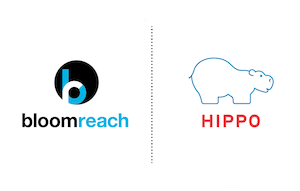 One other importing thing that happened in 2016, only 8 months after I left, was the announcement of Hippo being acquired by BloomReach. This was some really great news and I was very excited for all me friends at Hippo and this was a big step in the companies journey towards becomming (one of) the best available CMSs / WEMs / DXPs or whatever acronym comes next. I still believe that the two companies combined have a great future. I got a glimpse of what was about to happen during the announcement at Hippo.Connect in which they explained what the acquisition meant for the wider Hippo community and what the general idea behind the acquisition was. I could really see and feel the excitement.

So many wonderful things happened in 2017 and I can’t name them all, but I’ll share some of the more important items by month, so here goes.

In February we had a really nice team dinner with Luminis Amsterdam. The team was growing steadily and since we usually spend most of our time on-site at the organizations we support it was time to catch up over beers, wine, and some delicious food.

Hanging out with the #Luminis Amsterdam crew @hangaramsterdam

In March of 2017, I started bringing my successor up to speed on everything I was doing at the ANWB because I was about to start a new assignment at the Dutch government. My next assignment was to help with the second phase development of an internal media library system, on which I started working full-time in April. The media library had been build in 2013 and was a (Java) Spring-based application with MongoDB as datastore and Elasticsearch powering the advanced search capabilities. It contains a very diverse set of features. From metadata extraction to image autoscaling and advanced search. My new team was responsible for bringing this product to the next level with regards to usability and features. It was a really nice change to dive into code again because during my assignment at the ANWB I didn’t modify a single line of code. I always like to be hands-on, so that was a welcome change!

In April it was time for DevCon, the annual Luminis organized developer conference. After passing the call for papers phase, Sjoerd Hemminga - one of the core product engineers at the ANWB RSA department - and I presented about the journey towards Continuous Delivery. This was my first time presenting at DevCon and I really liked the experience. The feedback was positive and we had several interesting discussions after the talk. The presentation was also recorded and made available on Youtube.

In May several of my colleagues presented at and went to CodeMotion, a large software development conference held in Amsterdam. It’s always great if you can join a conference so close to home and we enjoy sharing our knowledge and love learning about new and trending topics.

At the end of the summer, my team at the Dutch government had finished most of the planned work on the existing media library and we were about to start a new project. This new project consisted of a new ‘tool’ which would be able to deliver the right content to the user based on a set of rules. These rules differ per set of information, but in the first tool, the rules were based on a set of questions and given answers, which would filter the available content to a minimum. I always enjoy working on these kinds of governmental projects, since these projects really have an impact on peoples lives.

We chose to build a system with a public (HATEOAS based) API and a custom pluggable micro ‘CMS’ as the editorial environment. We picked HATEOAS instead of ‘just’ JSON over HTTP for the API, since we anticipated the requirement to pass state in one of the future tools and we did not want to completely overhaul the current API to be able to add support for that. I was able to spend some time researching API guides and specs, which gave me some good insights. We worked on this project for a couple of months until the project was released to the public in December.

November was the month in which we moved out of our old office and into the new office located at the old CSM factory terrain in Halfweg. At the old factory terrain, they have changed the old Sugar Silos into office spaces and our new office on the 6th floor with a great view of Spaarnwoude. We now have a team of 16 at the Amsterdam Luminis office (and are still expanding!), so our old office was getting way too small, especially on Fridays when almost every member of the team is at the office. It’s great to have more space now and after we decorated the place it really feels like our home now. I’m really looking forward to spending more time at the new office.