It’s the second day of the new year and I think my body is still trying to digest some of the Dutch traditional ‘oliebollen’ which I ate on new years eve. The last days of 2018 were mostly about family and friends, food and having some time off. I hope you also had some wonderful days with friends and family. For those of you who’ve been reading this blog over the last couple of years, you’ve probably noticed that this yearly review post always gets published somewhere in February or March, so this time I tried something different and started early 😉. If you don’t want to read the entire post here is a short summary: 2018 was a great year with lots of highs and very few lows.

Professionally, the year started with some new initiatives. The first one was organizing the Luminis Amsterdam internal knowledge exchange sessions. We were already doing tech days on a regular basis, but I personally had the feeling that it would be great to have an evening after work in which we had some great food, time to catch up and experiment with interesting technology. And so we started and tried to figure out along the way what worked for us as a group. I was really happy when almost everybody liked the idea and showed up at the first session! At the end of each session, we did a short recap and discussed the topic at hand and how the overall night was put together. What we ended up with was having a monthly session, in which we try to keep things as hands-on as possible. So a max 45-minute (theoretical) introduction and then we pair up and do some exercises with the technology at hand to get a better understanding of the topic. After the initial few sessions, everybody was really excited and I needed to create a list of proposed topics because lots of people wanted to host and present. At Luminis Amsterdam, we have a diverse set of individuals, which clearly reflected in the topics during these evenings. Over the last months, we’ve had topics like GraphQL, React & Redux, Docker, Conversational interfaces, Go, gRPC, Tracing microservices and text analysis and classification. The presentations and exercises are put together by my fellow Luminis colleagues and I can say that I’m really proud of them. They have made these sessions a big success and for some of them, it was even their first time speaking in front of a large group of people and they excelled way beyond what they thought they were comfortable with. Public speaking is freakin’ scary, even when it’s in front of your own colleagues, so I’m really really proud of them.

March stood out for delivering multiple workshops. Besides my current assignment I had the oppertunity to give several worshops in which I taught the attendees about different aspects of container technology. I had a great time. It was probably 7 or 8 years ago when I delivered my last full day workshop. Back then I did 3-day workshops multiple times a year, which was an awesome thing to do, exhausting, but really worth it. After doing the workshops in March I noticed that I still really enjoy the interaction with the attendees about a technology I’m excited about.

In April it was time for our annual DevCon conference. After an exciting CFP period, one of my proposals got selected. The talk I proposed was about REST API design and documentation. I even did a live coding demo, which was kind of nerf wrecking, but turned out quite OK after fighting with some git branching issues 😅. My talk was pretty well rated at DevCon and I even received an award for being one of the top-rated speakers.

Yes! @jreijn, @BertErtman (not pictured) and I won a @Luminis_eu award for our #devcon2018 awards! It's all downhill from here I guess. pic.twitter.com/aqdnyKvQ9p

If you were there and voted for me, thank you so much! I really appreciated that. After the videos got published on YouTube my talk also got some attention on Twitter and got mentioned by some of the creators and maintainers of Spring and even the official Java account tweeted about my presentation. 😲

The next edition of DevCon will take place on the 11th of April and the CFP is currently open, so over the last two weeks I’ve been pondering about possible topics. I’m really looking forward to the 5th edition of DevCon. I’m expecting it to be even better than last year.

At the end of May, I visited AWS Summit Benelux in The Hague. It was a local event for everybody interested in AWS technology. It was an interesting event which gave me some new perspectives. I’ve written about the event in back in June, so if you want to read some detailed ideas you can find the post here.

End of June we had a great social weekend with the team in which we went flyboarding and sailing. Flyboarding looked very difficult at first, but after a couple of minutes in the water trying to find my balance I got the hang of it and really enjoyed the rest experience. 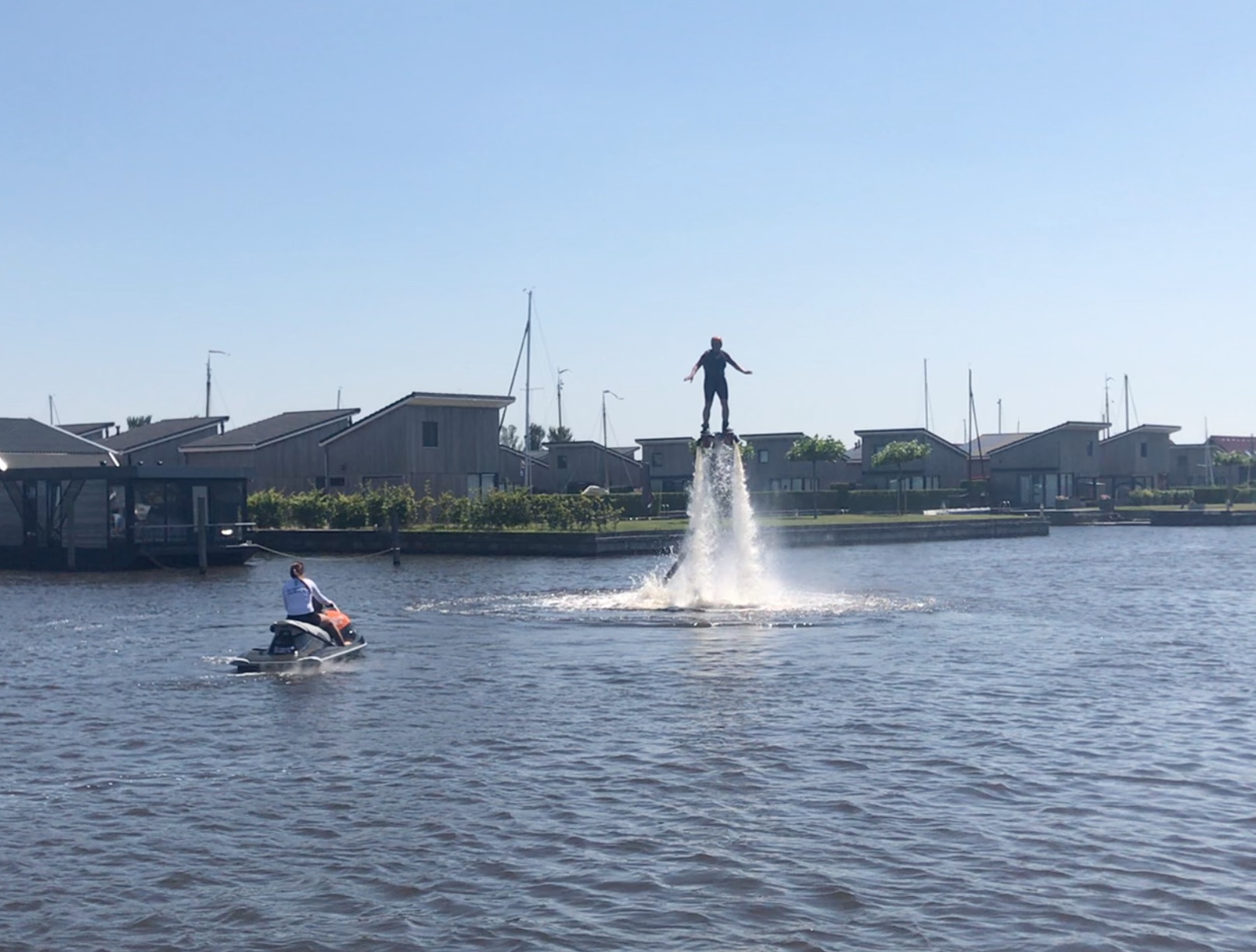 In July we started the Luminis Amsterdam Meetup. After the success of the internal knowledge exchange sessions, we asked if anybody wanted to also present their talk publicly. We used the same concept as the internal sessions, but we just opened up our sessions and put them on the Meetup website, so that others were able to find them and join the sessions. Our first meetup was about React and it was a great success. 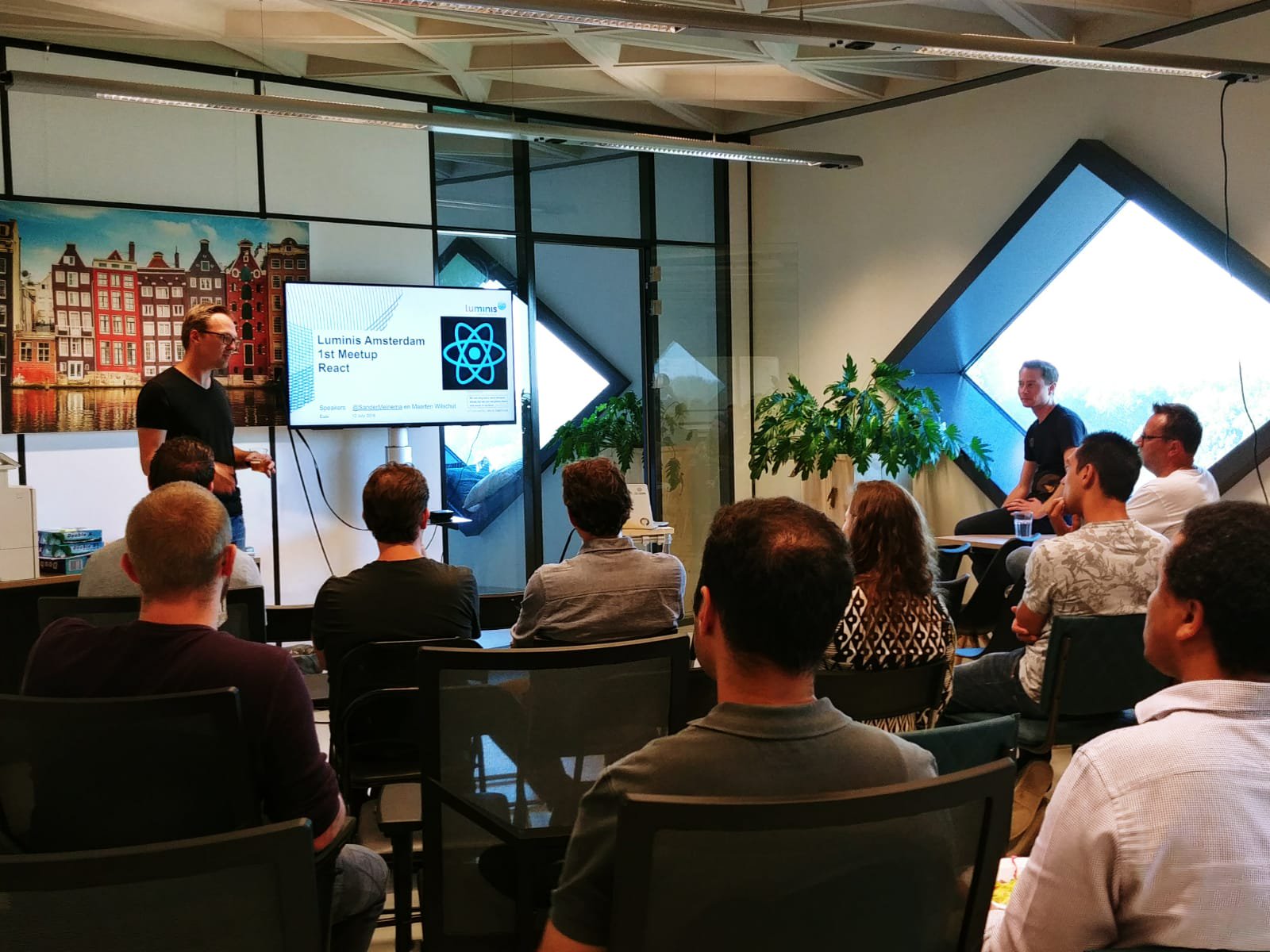 We did order too much food and learned that about 2/3 of the actual people that register actually shows up. The internal feedback was also very positive and we already had some first candidates that wanted to present and host a meetup. Now at the end of the year, we’ve had 3 public meetups, which is really awesome. We already have some plans for this year and our next meetup about “Mastering Two-way TLS” is already scheduled for January, so if you’re interested don’t forget to sign up.

August was mostly about taking time off. I spent two wonderful weeks in Italy with my family. The kids grow up so fast and I enjoy being with them so much.

After a wonderful time in Italy it was back to work and in September I attended a 4-day workshop on Software Architecture, led by Dana Bredemeyer, organized by the Luminis Academy. It was an excellent workshop. We had a nice diverse group of attendees and the workshop touched lots of different aspects of being an architect. From business perspectives to visualizing component interactions. If you get the chance to attend this workshop by Dana I would do so. It’s definitely worth your time.

October or should I say Hacktober was all about #opensource for me. I learned about the joined initiative of Digital Ocean and Github last year, but that was in the last week of October or so, so this year I tried to keep my evenings as free as possible during October to participate in #Hacktoberfest and spend some time within open source communities and projects to see where I could help out. I work a lot with open source software on a daily basis and when I have time I try to contribute, but during hacktoberfest I tried to work on a project which I’m not familiar with and from which I can learn new ideas and concept. There were plenty of Github issues marked with #hacktoberfest to pick up and work on and so I did. This year I got the chance to learn something about GeoJSON and tried to help out implementing some health checks for Apache James. It was great fun and I had some interesting discussions. I even got some gifts for participating and sending in some PRs which got merged.

Look what I just found in the mail! My #hacktoberfest swag! 😎 Did you know that @thedigitalocean and @github have a yearly recurring event about open source? I learned a lot about GeoJSON and Apache James this year. Great fun!

The week before Christmas was the last week with my current team at the Dutch government, where I’ve spent the last 2 years working on three different applications. It’s not clear yet what I will be doing next. There are some interesting opportunities, but January will tell :-)