Well this post is long overdue again. February is quite on it’s way and it’s time to look back at 2015. It was an interesting year for sure and there are more interesting things to come.

In January, our baby girl Noëlle Reijn was born. She looks just as pretty as her mom and we’re thankful to have her in our lives. With the four or us it became a bit crowded in our house, so in 2014 we bought a house to which we got the keys in March and moved in in June of last year. Both kids now have their own rooms and enjoy playing outside in the backyard. Between March and June we had quite some work to do on the house. Eventhough these month were really busy and exhausting (combining work, with a baby and a new house) I have to say I really enjoyed working in the house and doing physical labour. It also gave me some time to think about where I’m now and what I would like to experience next in my life. Keep reading to hear more about that.

The year started off with some interesting Hippo projects. I worked on a PoC for one of Hippo’s larger Dutch customers who were rethinking their existing online architecture. The PoC was focussed both on some new Hippo features, but the bigger challenge was to help out designing their new online architecture. The customer has a wide variety of applications that all make up their unified web presence. From a visitor perspective this is hardly visible, but from a company perspective, this is not an ideal solution. The plan for the new architecture is now to move all those applications into (RESTful) services and move the application logic into the browser by means of Javascript driven applications. I think this is a very good move going forward.

In May we released Hippo 10 followed up by 10.1 on the 1st of November, with a fully revamped UI, some very interesting developer focused features like live-reload and webfiles and improved trends and experiments features, which will give end users much more insights into how visitors are interacting with their websites / online channels.

In July I did a webinar called “Make Your Digital Media Drive Customer Experience!” with Josh Fletcher from Nuxeo. We discussed several options of integrating Hippo and Nuxeo and showed a customer case where the integration between Hippo CMS and Nuxeo was done via the Nuxeo RESTful API. You can find the recording of the webinar on the Nuxeo website. In August we did a follow up blog post, which can be found on the Nuxeo blog.

During the summer months, I was involved in a project at a financial customer which recently decided to move to Hippo and wanted to integrate some AngularJS driven applications with the CMS. We had some good discussions on how to do that and how to modularize the system so that the AngularJS components could be reused between their mobile and desktop rendered apps.

The highlights for October and November were definitely Hippo.Connect, the biggest Hippo even to date. The main focus of the event was the Customer Journey, explained in this awesome talk by Tjeerd and Arje. The last week of September I had the pleasure to travel to Boston (US), visit our office and meet up with fellow Hippos living on US soil, before presenting at Hippo.Connect Boston at the Aeronaut Brewing Company.

The event was the first Hippo.Connect in the US and was a great success. During the event, I met with many existing and new US customers, which I had previously only spoken to on the phone of via WebEx. 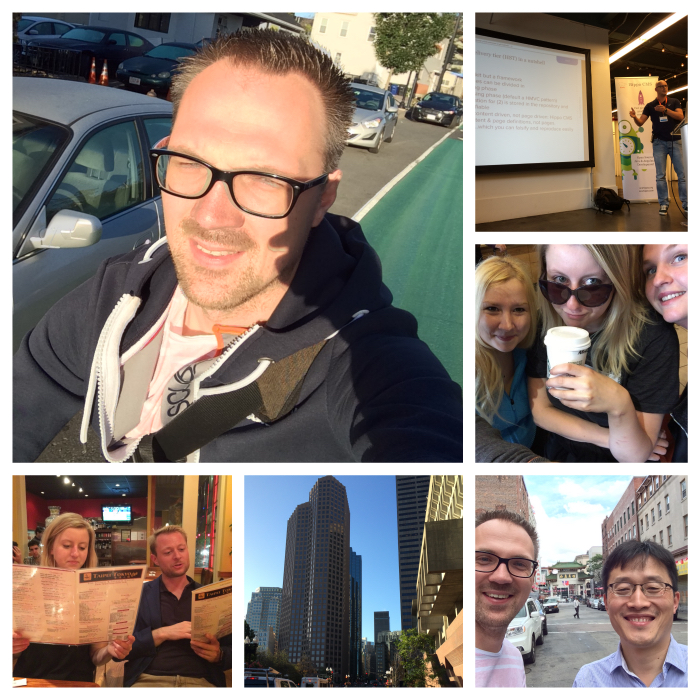 In November, we had the Hippo.Connect Amsterdam at the Westergasfabriek. The location was awesome and everything was (again) bigger and better. Hippo.Connect existed of 2 tracks: Tech and Marketing and both had very interesting talks. I gave 2 presentations this time: “Agile best practices” and “Continuous Delivery with Hippo CMS”. I hope they will be available online soon, so I can share them with you all. 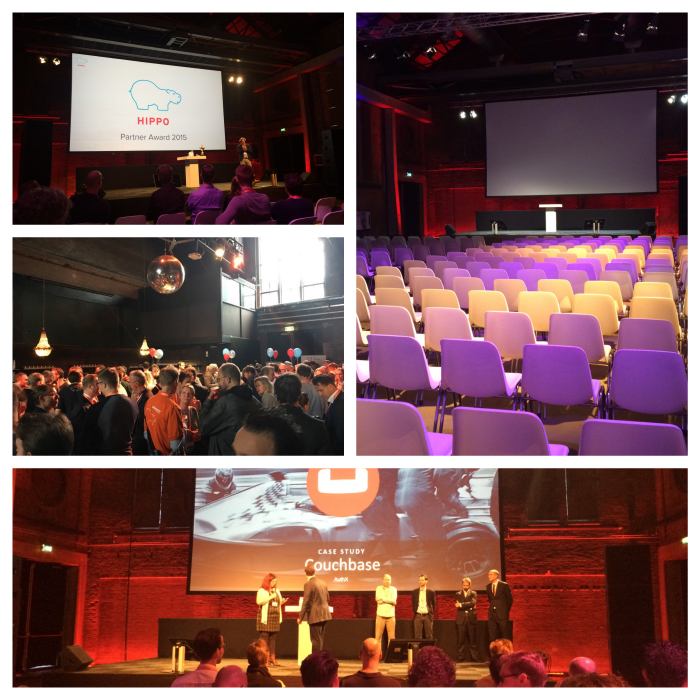 The last couple of month I’ve mostly worked on stuff that will be coming in the next Hippo CMS version(s). I won’t give away too much, so you’ll just have to wait and see ;-) .

In 2015, I took the time to reflect upon what I was doing and what I wanted to do next. After much thought and consideration, I decided that I was going to have to leave Hippo and embark on a new adventure to gain new experiences and start a new chapter in my professional career. Being with the company for almost 13 years, this was a very tough decision to make. For those of you that know me well, to me, Hippo has always been more than just an employer. Hippo has been the starting point of my professional career, a group of friends that shared my passion for technology and the web, and an organisation that encouraged me to reach my full potential and challenged me to rise beyond that.

I can still remember the day I first started at the Hippo office on the Grasweg in the north of Amsterdam. At that time, Hippo consisted of only 7 people and we weren’t an established product vendor back then. Over the last 13 years Hippo has grown into the successful company it is today. We have a great product, recently entered the Gartner Magic Quadrant and I think organisations worldwide are just starting to see the real potential.

During all those years, Hippo provided me with many great opportunities. I’ve seen some of the greatest cities around the world, had the privilege to work with amazing, smart and highly motivated people, speak at conferences and grow my skills. It has been one amazing journey. I’m definitely going to miss everybody at Hippo!

Thank you @jreijn for 13 incredible years. Best wishes for you and your family. Stay in touch! All Hippos love you man.

Well, I just had my first week at Luminis Amsterdam as a Data, Search and Analytics engineer. Luminis is a Dutch software development and consultancy firm that have been around since 2002. However, the Amsterdam office started just a little over a year ago and is about the same size as Hippo was when I started. One of the founders of the Amsterdam branch is an architect with whom I worked a couple of years ago and we achieved some great things together, so I’m looking forward to what might happen this time.

Luminis as a company also has several aspects that appeal to me. One of those aspects, in particular, is that Luminis, just like Hippo, is a strong proponent of open source development – not only using open source but also developing and contributing to the open source community. This has become part of my DNA over the years, so I definitely was looking for a company that supported this model. They also like to share their knowledge and experience in the open. As of last year they even have their own Developer Conference: Luminis DevCon.

I’m looking forward to starting this new chapter of my career and be sure to come back, because I will definitely share my experiences here.